The Year in Review

and was experienced in this way: 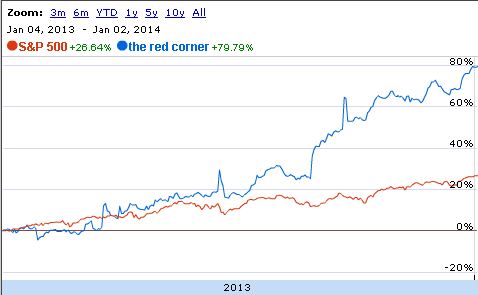 Much of the year was spent trying to undo mistakes made in the back half of 2012. My posture on January 1, 2013 was not up to the task of keeping up with a bull market and, absent some fixes, would have resulted in a disappointing performance (again, the values are scaled to a start of year net asset value of $100,000):

In any case, I've shifted things around enough that I am reasonably satisfied with how I am currently positioned: 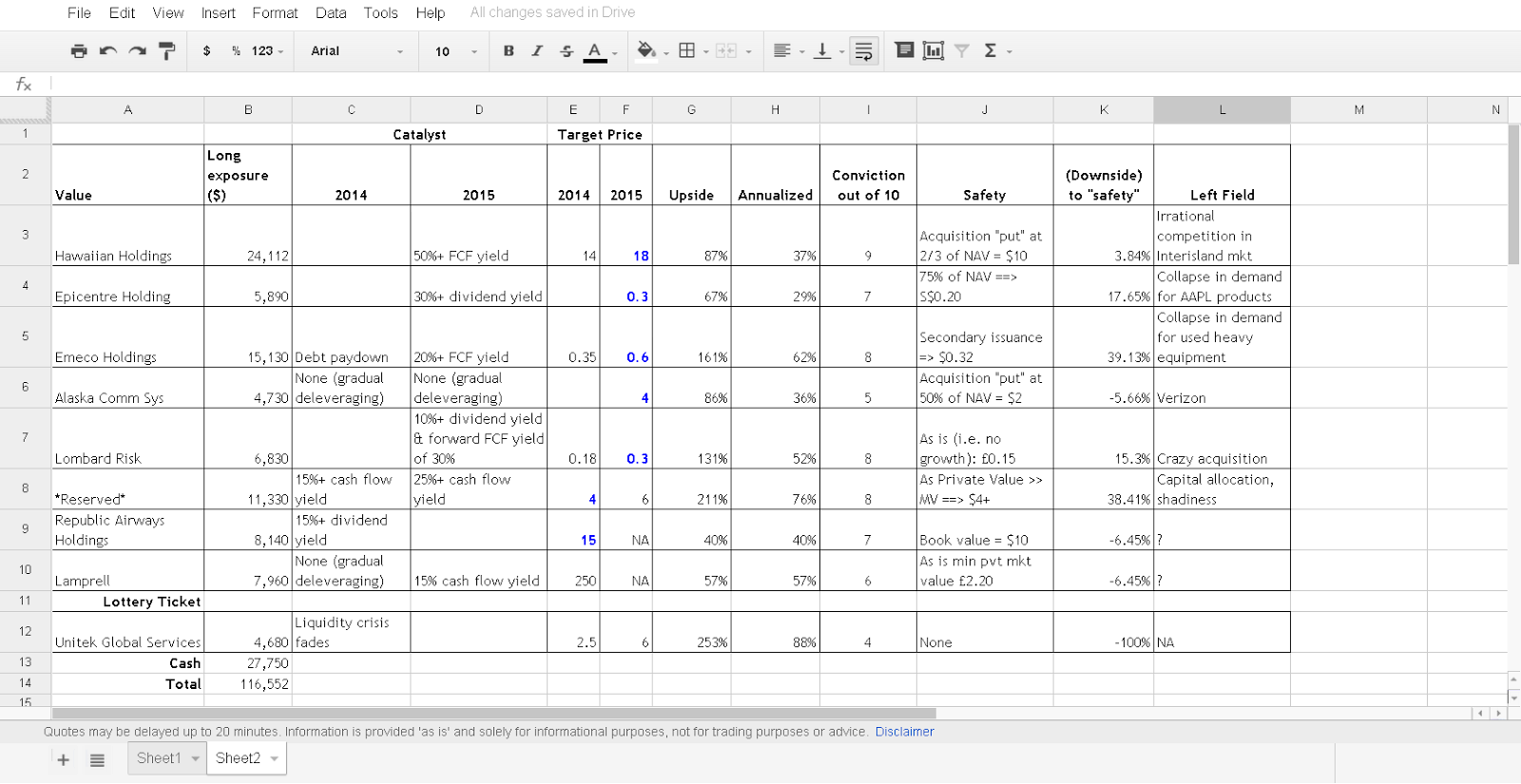 The best laid schemes of mice and men / often go awry. Still, I suspect that there's enough wiggle room in there to see me through to a doubling of NAV within two years. Being explicit about the risks, catalysts and price targets of the portfolio-as-a-whole is a useful exercise that I should have engaged in this time last year but didn't.

And I'm still holding too many names but I hope to reduce the number down to four or five within a few months.

EDIT (January 3): It has been suggested to me that the "tracking portfolio" page is not particularly illuminating, not least since it doesn't correspond to calendar years. I agree & I've adjusted it accordingly. Also, I've taken the opportunity to reduce the number of holdings by selling out of Republic and Alaska Comm Systems.