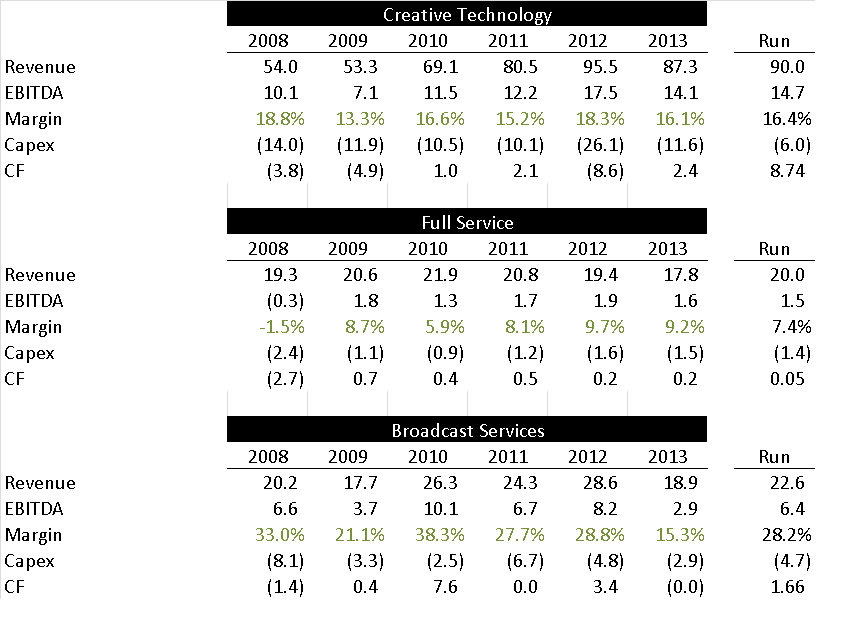 The third and, I think, best way to look at it is intuitively: this is a business that, at bottom, rents out equipment. How likely is it that its business model is to buy a camera for £1 and to rent it out at below its cost? It seems improbable to me. If it recovers at least what it costs, then Avesco is worth at least its net asset value, which is £32 million.
Posted by red. at 4:17 PM 18 comments: