Unitek Global Services, listed on the Nasdaq, is a contractor with two business lines: (1) it installs and maintains home satellite and cable connections on behalf of DirecTV and Comcast (the “fulfillment” segment); and (2) it performs network engineering, design, construction and project management for the wireless and cable broadband industry (the “E&C” segment). 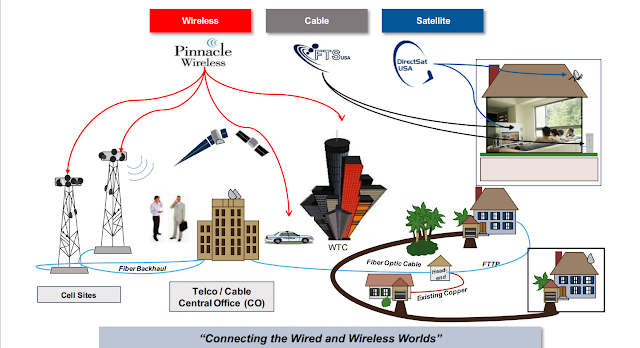 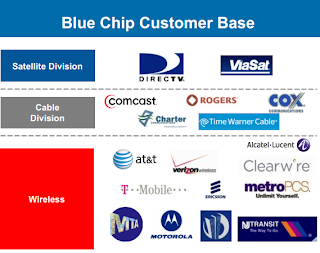 The fulfillment segment is Unitek’s bread and butter. It earns its revenues under long-term, fixed-fee master service agreements and therefore enjoys high revenue and gross profit visibility and those modest competitive advantages that accrue to regional scale.  Small, independent contractors are losing business (and/or selling themselves) to larger regional players like Unitek and MasTec. Fulfillment’s revenue growth, therefore, has mostly come from acquired and organic market share gains. The benefits from DirecTV’s own market share gains and the benefits from increased subscription churn have been lesser tailwinds.

The E&C segment, on the other hand, is Unitek’s growth business: increasing demand for broadband wireless has meant increasing infrastructure capex by the major wireless service providers, and Unitek’s E&C segment has benefitted from its association with AT&T in particular. These are trends and relationships that will more likely than not continue over the medium term although, in competing with the likes of General Dynamics, Bechtel, Quanta, and Dycom, its gross margins in this segment will necessarily remain modest.

Regional scale economies and some modest customer stickiness ought to translate into a reasonably profitable business earning low-to-mid teen returns on capital and, after shedding itself of unprofitable geographies where it had no scale Unitek’s underlying performance conforms to those expectations: 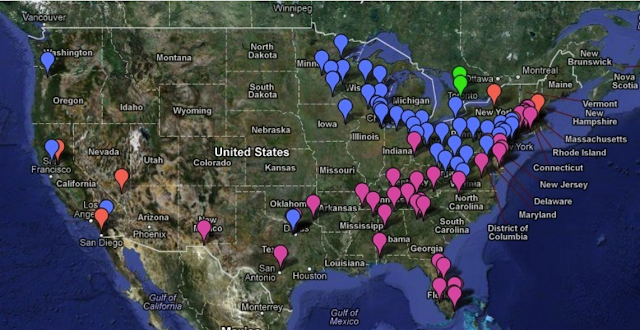 The strategic use of the word “underlying”, however, and the fact that Unitek’s market cap is $30 million, lets us know that there is more to this story.

First, and least interesting, is that with amortizations of debt discounts and acquired (non-operating) intangibles, noncash impairments, transaction costs, and all the rest of it, the difference between GAAP earnings and underlying earnings is comically substantial:

Second, in taking on a substantial amount of debt to fund its acquisitions, Unitek was inviting a near-fatal accident. And, when it acquired Pinnacle Wireless in 2011, that invitation was accepted: a year and a half later, an investigation by the Board’s audit committee discovered fraudulent revenue recognition practices at Pinnacle; the CFO, Controller, and division president were terminated; and the company was unable to file its 10-K and, later, its 10-Q’s, on time. It received a notice of suspension from Nasdaq, of course, but more important for our purposes, its inability to file financial statements triggered a default under the terms of its borrowings.

At this point, its lenders could have taken it to Ch. 11, wiped out the equity and brought it back under their ownership. (Between December and April, the share price fell by a quarter and holders of the common fingered their worry beads; between April and June, the market cap was cut in half as even the devout fled).

That the lenders (and Cerberus, especially) did not do so ironically reflects the value of the business. (I think we can all agree that a business that generates $25 million  of free cash flows to equity is worth more than $30 or $60 or even $90 million). In a Ch. 11 process, transaction prices would have been high, the administrative fees as extravagant as usual, and the implied returns to the acquirer therefore low. And besides, DirecTV had served Unitek with a 180 day notice of termination which meant that time was tight.

The lenders’ alternative option – one that promised higher returns – was to add penalties (warrants for 20% of the equity, please!) and higher interest charges on the debt. And that, in the end, was the outcome.

So, Unitek’s future, under highly conservative growth and margin assumptions, looks something like this: 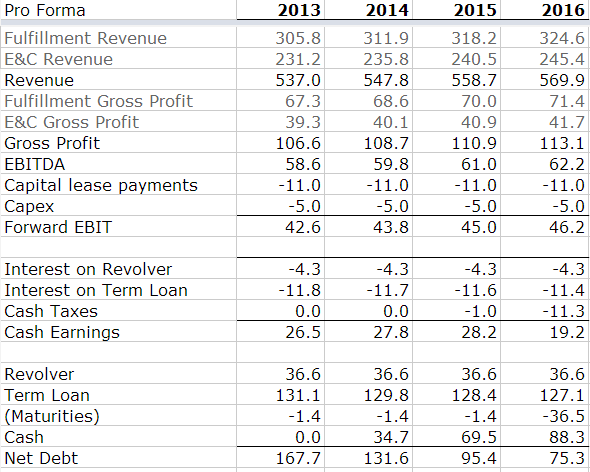 Apply a conservative multiple to 2016 earnings, discount back to the present, subtract the inevitable cash costs related to the forensic audit, the refinancing, and any litigation costs that may arise from the alleged fraud at Pinnacle Wireless, and Unitek’s value is likely two, three or four times its current market cap, even with the 20% dilution. At the other extreme, as Unitek de-levers and grows, MasTec will be an imperfect, but good enough, comp and MasTec trades at 22x.

Disclosure: I am long Unitek Global Services
Posted by red. at 5:09 PM 18 comments:

I have taken a small position in Unitek Global Services. It's messy, this one. I'll write it up over the weekend.
Posted by red. at 4:15 PM No comments:

It's still inexpensive, though (like GEA SA) it requires more patience than I am able to muster, especially with some interesting names reporting over the next few days.

Reduced Hawaiian a little and picked up some more Northgate with the proceeds
Posted by red. at 10:35 AM No comments:

This is what I saw when I looked at Silverdell a few months ago: 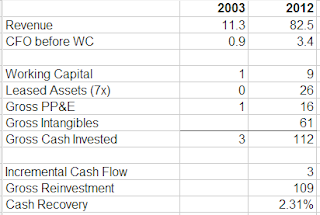 Reinvesting capital that costs 10% in order to earn 2.31% returns is an unhealthy practice.
Posted by red. at 9:27 AM No comments:

What will happen to Emeco’s valuation if there’s a material, permanent slowdown in mining activity?

It will reduce its inventory of equipment and shrink its working capital needs, thereby generating increased free cash. If revenue falls by 15% a year between now and 2016, the free cash flow schedule, at more or less 80% utilization and 36 days of working capital, will look like this: 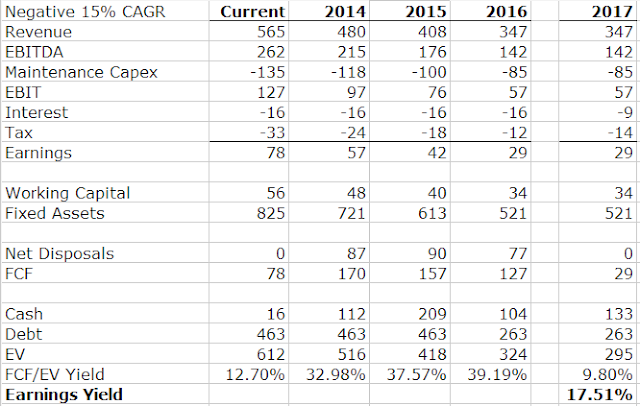 Doesn’t this assume an orderly liquidation?
Yes, it does and for a number of reasons:

(2) Under conditions of commodity price uncertainty, the benefits of leasing v. ownership are brought into sharper relief;

(3) Emeco is exposed to thermal coal (with its blue-chip customers themselves operating under long-term supply agreements with Japanese, Korean and Chinese buyers) as well as to gold, iron ore, oil, and civil construction;

(6) Oversupply of heavy equipment will shrink the supply of new equipment first, thereby cushioning the resale market from the effects of a sharp downturn in mining activity;

(7) Emeco’s fixed operating costs amount to ~$48 million, or 8.5% of current revenue, meaning that expectations of heavily negative operating leverage in case of a fall in revenues are misplaced;

(8) Emeco management’s incentive pay is structured around ROIC and share price which leads one to believe that the company will attempt to (a) reallocate existing equipment to more productive uses, (2) shed equipment at attractive prices, and/or (3) repurchase its shares at attractive prices;

(9) Three and six months ago, with the same information available to them then as we have now, the company was repurchasing a material number of shares at $0.53.

Why does this opportunity exist?

My best guess is that the market has lost sight of Emeco’s place in the mining value chain, has overstated its fixed cost base, and has underestimated its cash flow levers. The Indonesian contract dispute has served up a profit warning that was perfectly timed to reinforce the market’s assumptions about its business.

I am sometimes wrong but almost never in doubt so, as always, please do your own research.

Disclosure: I am long Emeco