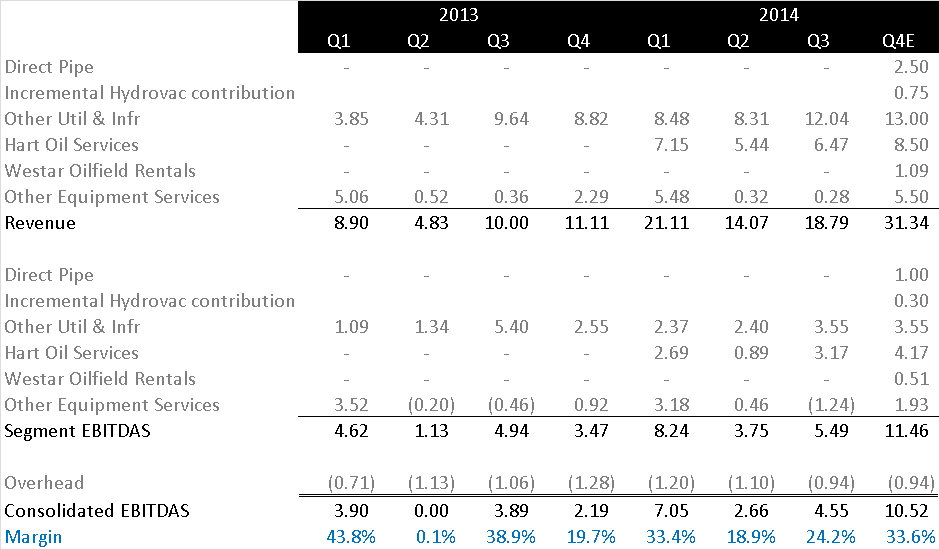 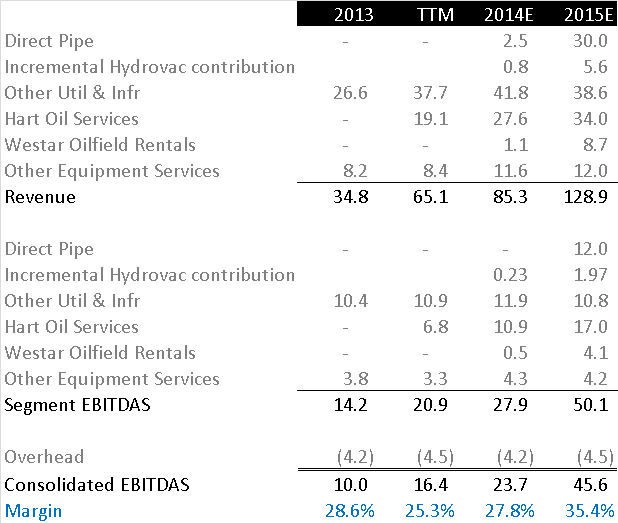 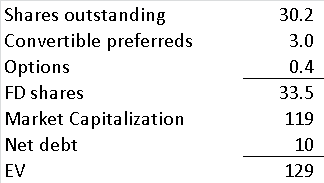 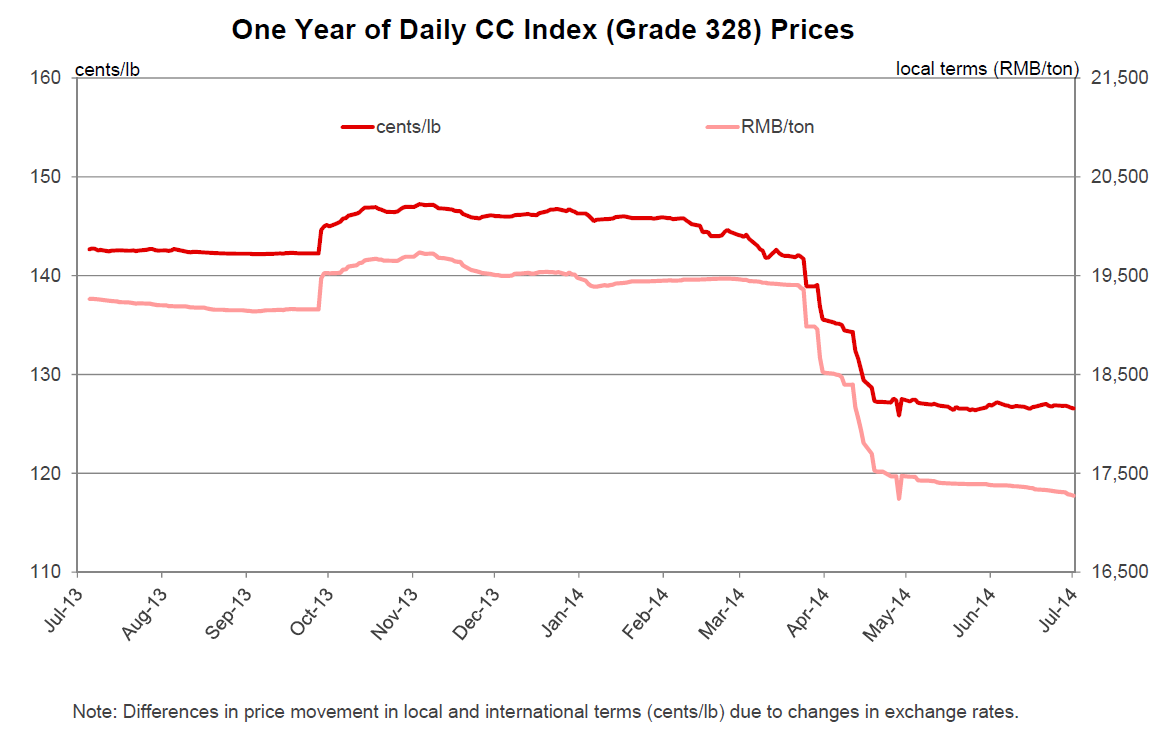 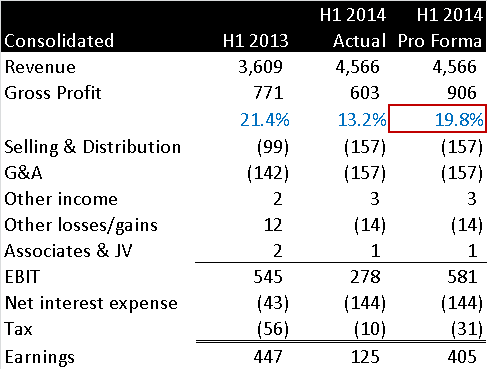 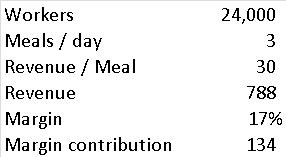 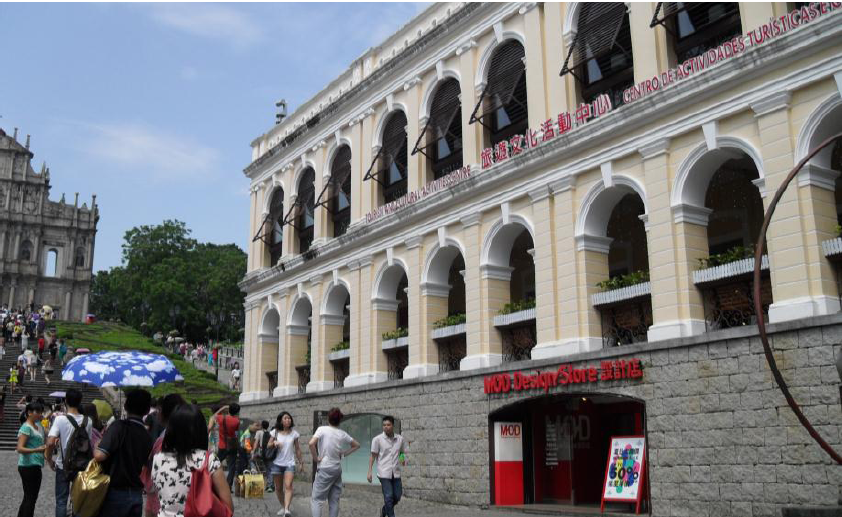 I'll talk about the Hengqin project in the next post.
Posted by red. at 3:34 PM 72 comments: 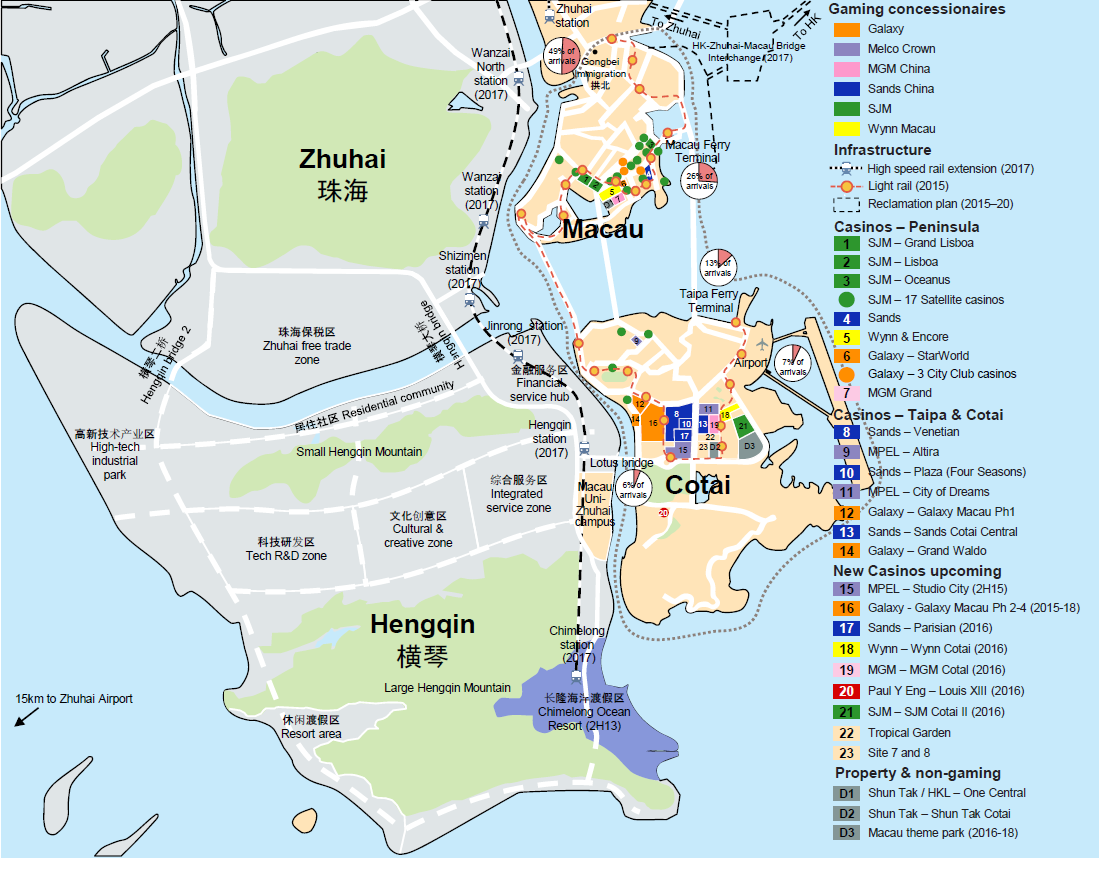 I think it will be worth HK $20, or 5x its current market price, in three years. 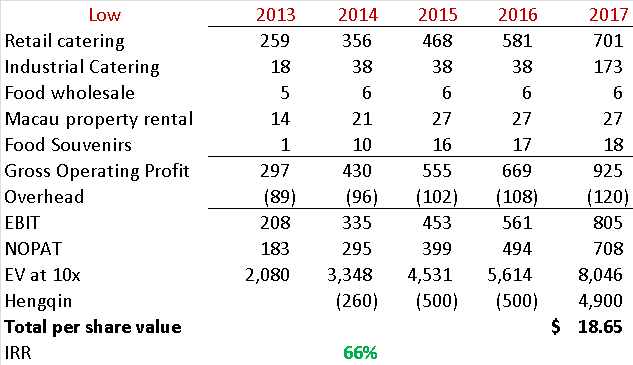 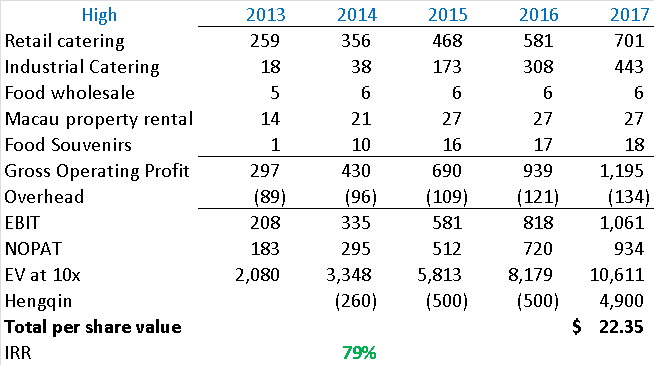 Retail catering mostly consists of in-casino restaurants and food court concessions.  The restaurants are mid- to high-end establishments with average ticket prices ranging from HK $750 at the Edo nameplate, to $150 in the "Other" category which consists mostly of the Pacific Coffee chain for which Future Bright is the franchisee.

These store fronts are leased from cooperative landlords who want the punters to stay on their property, and serve time-conscious and price insensitive tourists.

Constant, recession-resistant traffic; high margins; no advertising and marketing expense; rapid turnover of inventory; and low rents: the economics of this segment are as good as it gets in food retail. 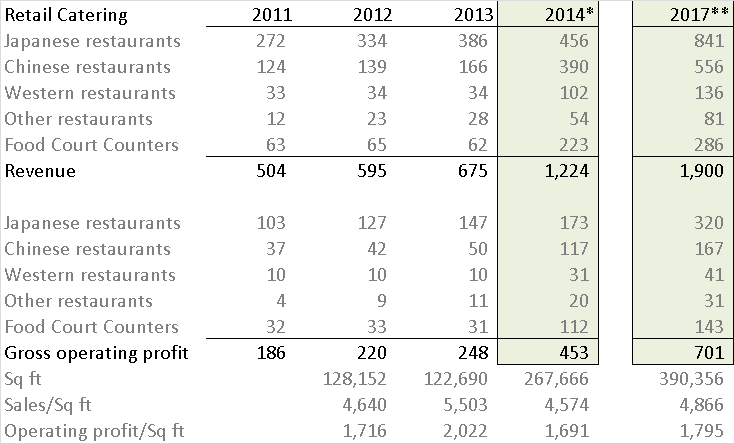 By the close of 2014 there will have been a big step up in this segment's footprint and earning power. The star next to "2014" in the table above indicates my estimate of the run-rate values based on the 268K sq ft in operation at the end of 2014 and adjusted for the slightly different mix of formats and locations. (Each format has its own gross operating margin: Japanese = 38%: Chinese = 30%; Western = 50%; "Other", which is mostly coffee shops, = 38% , and  food court concessions = 50%. Casino restaurants earn more than mall and airport locations, etc.)

Casino, resort and hotel rooms will double from ~29,000 now to 60,000 in 2017.  Future Bright is the largest food and beverage company in Macau, its owner operator is the Chair of the Food & Beverage Merchants Association (and a Macau legislator), it has working relationships (and has renewed its existing leases) with all six casino operators. The company has made plain its intent to open 28 new restaurants in the Cotai Strip between 2015 and 2017 as new hotel/casinos open. I therefore don't doubt that its footprint and earnings power will close to double over that period - as indicated in the "2017" column above. 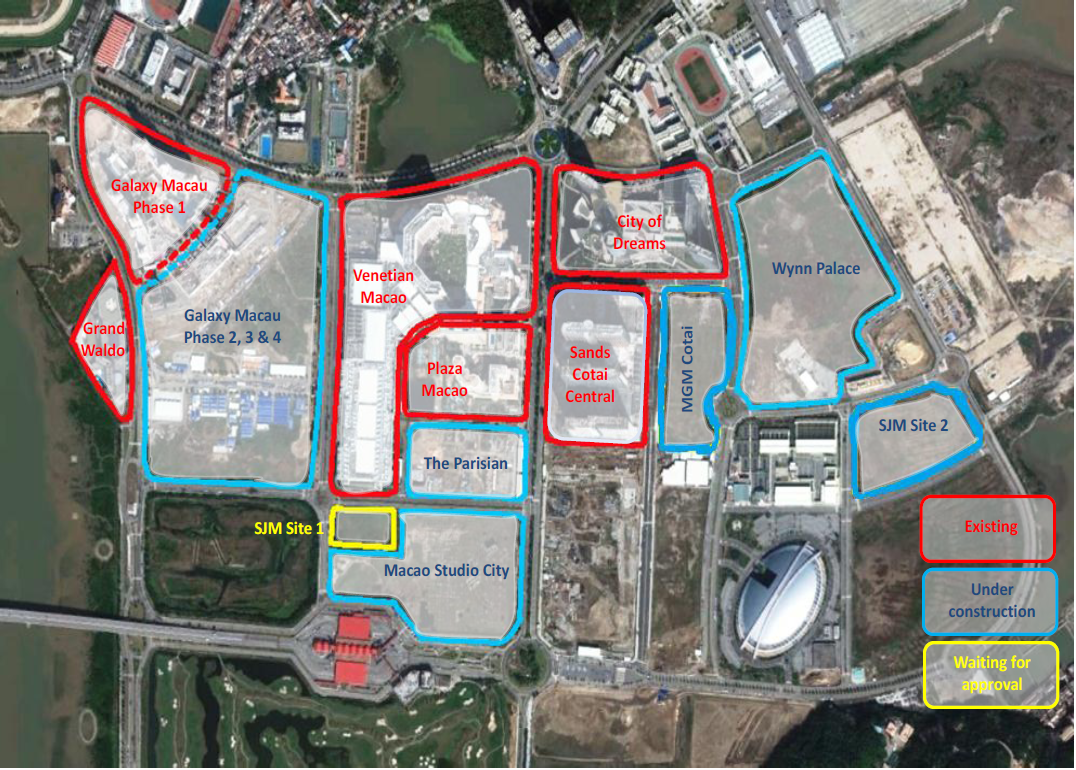 Finally, Macau's problem has long been a shortage of accommodation. Rooms are (and have long been) 95% occupied on average, placing a limit on the number of overnight visits to Macau. As a consequence, the average length of a stay in Macau is something like 0.96 days compared to 3.5 for Las Vegas. More rooms means more overnight stays, which means more -- and more evenly distributed -- traffic at Future Bright's restaurants and food court concessions.

If the length of the average stay lengthened to 1.5 days,  the retail catering segment could enjoy up to a 45% increase in its earning power (56% more revenue per sq ft x 74% gross margins). I haven't accounted for that in the table above. 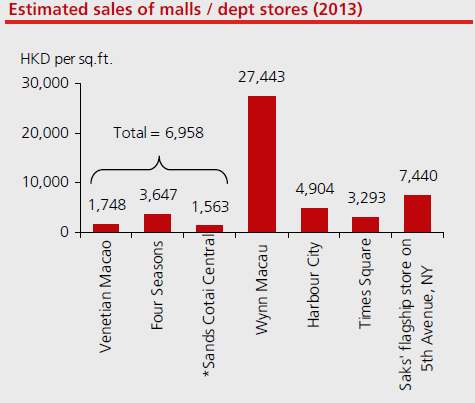 Disclosure: I am long Future Bright. My facts could be wrong and my judgment warped. Do your own research and use your own judgment.