Over the last two weeks, I have sold out of Conrad Industries, doubled my Emeco position, and bought stakes in Mayur Uniquoters, Alaska Communication Systems, Republic Airways Holdings, and The Dolan Company. I have also converted about half of my position in Hawaiian Holdings into $5 and $6 call options expiring at various dates between September and April.

In addition, I had been accumulating a stake in Axia NetMedia but my ambitions were cut down when the company unexpectedly sold its crown jewel for a pittance. I sold the shares I had bought just a few days earlier for a ~10% gain.

It’s been a long, long time since I’ve held so many different names. It feels like chaos.
Posted by red. at 12:33 PM 7 comments:

When I looked at Dart Group last year it was undervalued: it could have easily generated unencumbered cash sufficient to pay off its liabilities to its creditors and to cash out its shareholders at the value of its market capitalization. In other words, it was a pretty good cigar butt at least and maybe more – one didn’t have to think too much beyond that.

Since then, as everyone knows, the share price has almost quadrupled. A nice trade that I missed out on because I was thumb-sucking over the 10p that I’d have to pay for the airline (I valued Fowler Welch at ~60p and I wanted Jet2 for free).

At the current market cap, however, more scrutiny is required. Jet2 is a low cost airline. Or rather, Jet2 competes with low cost carriers. Now, in that particular market, what matters is unit cost: people will fly with you if you’re cheap and they won’t if you’re not. 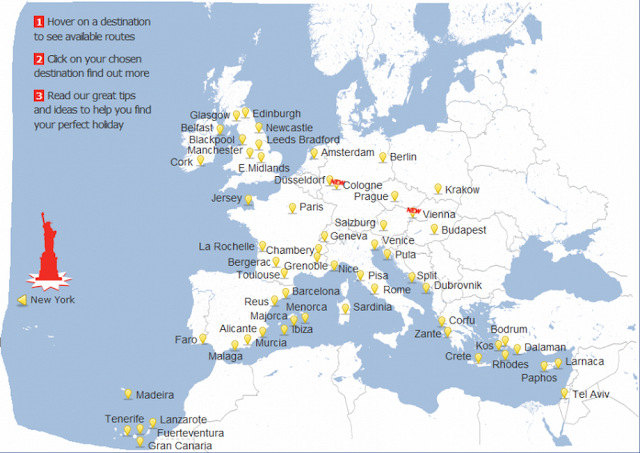 To date, competition has been muted: Ryanair and Easyjet have been busy frying other fish. So Jet2 has been filling its planes, earning profits on ancillaries, and funding its growth via 0% interest bearing loans from its customers in the form of deferred income. This has added up to a high ROIC.

But a high ROIC is not evidence of competitive advantage. Sometimes a high ROIC is built
into the nature of the sector (every advertising company and recruitment consultant has a high ROIC) and sometimes it is a function of the fact that the competition hasn’t come for you yet.

This is how Jet2’s CASK compares with the two low cost carriers that are most likely to compete with it in the future:

Consider now that Jet2’s loss of the one quarter of the Royal Mail business will raise its CASK further. Consider also that Ryanair and Easyjet fly much shorter routes than Jet2 does (it costs a great deal more per kilometer to fly short routes than long ones).

Suddenly, there’s cause for concern: if Ryanair, say, decides that it wants to fly holidaymakers from Bradford to Alicante, it can price the flight much lower than Jet2, Jet2's bookings will fall, deferred income will fall, cost per passenger will go up, Jet2 ticket prices will have to go up,  and the negative spiral will be firmly  in place.

What was a high ROIC operation frolicking in a Jacuzzi of cash can very quickly become a low ROIC business suffering from liquidity problems as the legacy airlines have long since discovered.

A note on the figures:
1. I have taken average stage length of each airline from a source I know to have been reliable:
http://centreforaviation.com/analysis/jet2com-strong-fy2013-profit-growth-hides-major-challenges-120030

3. We know the composition of Jet2's fleet (and Ryanair's and easyjet's) so that we can use the maximum seat configuration to arrive at a figure for average number of seats per departure.

4. Together, these give us available seat kilometers (average stage length x annual departures x average number of seats per departure).

5. Short flights are more expensive per kilometer than long flights; they are more taxing on passenger, luggage, and aircraft handling, airport fees, etc. In order to adjust for this, industry convention uses the following formula: a multiplier  -- (average stage length of airline X/ average stage length of all airlines)^(1/2) -- is applied to the CASK of each competing airline to arrive at a cost per equivalent seat mile. If one wants to know how the cost structures of Jet2 and Ryanair would compare on the same route, the cost per equivalent seat mile is what one wants to know.

6. Applying the cost per equivalent seat mile to the distance between two airports (Leeds-Bradford ("Bradford") and Alicante results in a cost figure that can be used to compare the cost structure of two airlines. Small differences (10% or less) don't matter too much but large differences matter a great deal. In this case, it appears that Ryanair could price the flight at a 10% mark up and still charge half Jet2's fare.

7. That may explain why Jet2 is so keen to generate revenues from ancillaries: the more it earns from in-flight extras, the more competitive it can make its ticket prices. One can see that tickets are already priced at below cost. Can such a strategy survive the future attentions of Ryanair or easyjet? Each person must judge that for him/herself but I, for one, doubt it.

This post was corrected, amended & extended on August 21st

Disclosure: No position in Dart Group
Posted by red. at 5:23 PM 7 comments: