Time for a half-year review of my holdings and, while I’m at it, a discussion of what I have and haven’t (yet) learned from 2012. 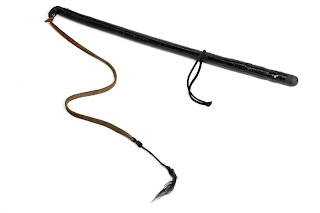 Hawaiian is still good value. I estimate its worth at about $25 and, in so valuing Hawaiian, I have on my side arithmetic and, I think, some modest insight: Most market participants, even those who like HA, no doubt perceive it to be “an airline” with all that implies; I see it as a toll road to a favored destination. Hawaiian has a lot more in common with Mattel than it does with United Continental: an effective low-cost firewall behind which is a premium offering for a branded product for which demand will rise in the future.

Dunkerley and the board seem to see it my way and every strategic move that they’ve made since 2008 – a second hub in Maui, adding Asian destinations, etc. – can be understood in the light of this perspective, as can the structure of the executive compensation plan.
Hawaiian is yielding 40% on trailing earnings. It more than earns its cost of capital, and growth, therefore, will add value – whether fuel prices rise or fall. And grow it will, meaning that one doesn’t have to fret about how long it will take for the gap between price and value to close.

Relative price appreciation has promoted it from a 20% share of my portfolio when I bought in, in August 2011, to a 33% position as of January 10th. In the three months since my last portfolio review, the stock price has moved from $5.30 to $7.30 to now $6.60 –sizeable moves but nevertheless just noise.

It reports 4th Quarter, and therefore full year, results at the end of the month. I expect headline EPS of $2.55 and true earnings, excluding the after-tax cost of intangible amortization, of $2.82.

Northgate is a new addition premised on arithmetic rather than any particular insight. “Return on Invested Capital” is, at bottom, nothing more than the cash that is generated in return for the cash invested in the business. The fastest way to calculate that relationship also happens to be the literal and best way of doing so:

Northgate returns 16.4%, on average. Apply that figure to the net value of its operating assets, subtract the net non-operating liabilities, and one arrives at a value of 732p per share for the equity, almost 3x its price at the time that I took a position in it. I wish I’d seen it when it was selling at 160p in June. Woulda coulda. I bought it with the proceeds from the sale of my stake in Cegid – a fair exchange. What I particularly like about it is that the valuation is indifferent to the macroeconomic environment: its vehicle fleet is, for all intents and purposes, working capital and an economic downturn sees it converted into cash. And there’s nowhere for that cash to go but to debt repayment and buybacks.

Cybergun is this quarter’s winner of the William Ewart Gladstone Award. A "stern and unbending" follower of High Church traditions takes in a lowly, reviled stock, gives it a cuppa and sees it on its way, after which he self-flagellates for being tempted by such a wretched creature, draws little whips in his journal, and vows not to do it again – until the next time. Except that the wretched stock still here, skulking, stinking up the joint.

More notable – and shameful – is what I didn’t do: Cybergun’s 2016 8% bonds fell to €32 implying a yield to maturity of 51% … and I didn’t buy them. A truly inexplicable mistake; I remember seeing it, I remember thinking “that’s good value”, but I don’t remember deciding not to buy it. (Similarly, at the start of 2012, I watched, slack-jawed, as Trident Microsystems fell to 6 cents, and only bought in when it had rallied to just above 15 cents. An unrepeatable mistake, I thought then.)

XPO Logistics. Nothing interesting to say about this one. I think it’s likely worth $75, although most of that perceived value is in the form of unmapped future growth. My aim is to lighten up on this stock as its price appreciates in 20% increments. It's the opportunity cost that I'm thinking about. The UK market, for example, is still stocked with some obvious bargains – notably Dewhurst, MS International, Lamprell, Instem, Northbridge, Finsbury Food Group, DRS Data & Research, Cambria Auto, Chemring, and Air Partner, to name only the ones that are selling at well below half their demonstrable value – and it would be a shame to completely miss out on these bird-in-the-hand opportunities for the somewhat more speculative opportunity that XPO’s unmapped growth represents.

GEA. I’ll be out of this one soon.

The first half of the year predates the blog and therefore predates the tracking portfolio that mimics my holdings. Nevertheless, for what it’s worth, here’s my 2012 performance:

Not quite as bad as throwing darts at the stocks page of the newspaper but, given the wealth of deep value opportunities available in 2012, it is a disappointing showing. I try to balance patience, action, and cash and I got that balance all wrong this year. I turned over 35% of the portfolio in 2012, which is about normal.

This blog is intended to be a real-time demonstration of a particular approach to value investing as well as a journal recording my mistakes.

I have fallen way short of describing my overall approach to value investing; that is something I’ll be focusing more on in the future.  I have written about French stocks in English only; I'll correct that going forward. I don't like 98.3% of the stocks that I look at. You'd never know it from reading the blog. So, I'll occasionally weigh in on why I don't like particular stocks that other value investors do like.

In order to minimize the chance that I’ll write utter nonsense just for the sake of something to say, I’ve set up an “inventory” page to track the performance of stocks that I have said I think are good value. In general, try to highlight those stocks (and, occasionally, bonds) that seem to me to priced at below half their value; the average performance of the stocks in the inventory page should therefore outperform the S&P by 2x or by 10% per year in any subsequent two year period. I can tell you now that the one post that I repudiate, am embarrassed by, and regret having written, is the one on Lojack, no matter how well it does in the future.

Ironically, aside from the mundane performance of my portfolio, 2012 was a productive year for me. I have managed to conclude a process that I started in 2010 of mapping out a large patch of the small cap equity space in the UK, France, Greece, Australia and NZ, sorting out good companies from bad, getting a sense of how their stock prices behave, and so on. It has been very interesting and helped greatly by bloggers in those countries – thank you! No doubt this preparatory work will come in handy at some point in the future. This year and next I hope to do the same for Germany, the Nordics, Switzerland, Austria and Spain.

I have lately been experimenting with various approaches to automating a value investing approach that makes sense. I’d be happy enough to design an approach that I can rely on to earn good returns without regular attention to the markets.  In that context, the 2013 picks for the UK, the Eurozone, and the USA are attempts to accelerate this experimental process by running concurrent paper “portfolios” that use the same approach but in different markets. A paper portfolio that uses a slightly different approach that I started in April is doing okay, but probably not well enough for me to have full confidence in it. 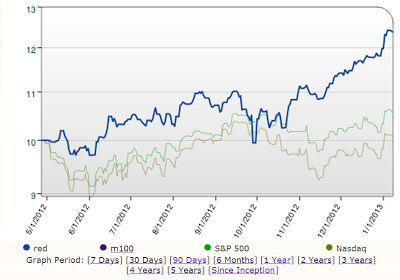 In any case, thanks for reading and Happy 2013 and, if you're new to the blog, please bear in mind that I'm an idiot.

Disclosure: I am long HA, XPO, NTG, PREC, and GEA